Battleborn was released May 3rd, 2016 and developed by Gearbox Software. For anyone who played the Borderlands series, the game should feel very similar. The two games’ art styles were very similar if not the exact same. The two games share similar dialogue, both being humorous and random, and also have very entertaining characters. The game boasted a roster of 25 playable characters, each with their own special abilities and play style. Players had the choice to fight one another in online matches or play cooperatively with friends or play alone through the game’s story. The game was looking to be a hit but unfortunately is not talked about much today and it only took three months for the game to go on sale for $15 dollars on Humble Bundle. So what happened to Battleborn? 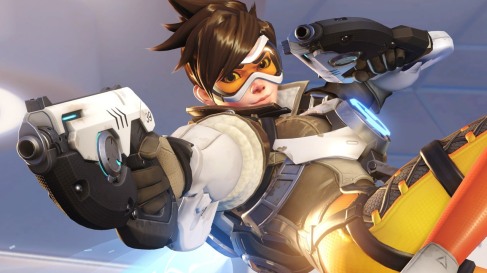 Overwatch is often credited for the downfall of Battleborn. Battleborn and Overwatch both have an impressive roster of heroes that all promise a unique experience. Overwatch lacks the humorous light hearted dialog and instead replaces it with small dialog interactions between characters that gave players a small peek at the characters’ story. Overwatch also promised a newer experience compared to Battleborn. Battleborn shared too much with Borderlands, the games even used the same quest marker. Borderlands is a special kind of game that gives the player a game experience that can’t be found in any other triple A game.The game had a new concept but lacked the feel of a proper new IP from Gearbox Software. Battleborn still has the same team based play style that worked so well in Borderlands. In contrast, Overwatch was the first FPS developed by Blizzard. Blizzard already has a huge dedicated fan base combined with two recent hits, Heroes of the Storm and Hearthstone. Overwatch did come out almost a month after Battleborn, but Blizzard built hype for the game months ahead by allowing Streamers and important community members into the close alpha. Overall, the PR for Overwatch was handled better while being a completely new experience. Keep it up Blizzard!